The guiding vision at SSLA is to foster an environment that encourages all its members to participate in the learning process. Through innovative teaching, research and community outreach activities, we foster thoughtful inquiry, insightful reflection and robust discourse. 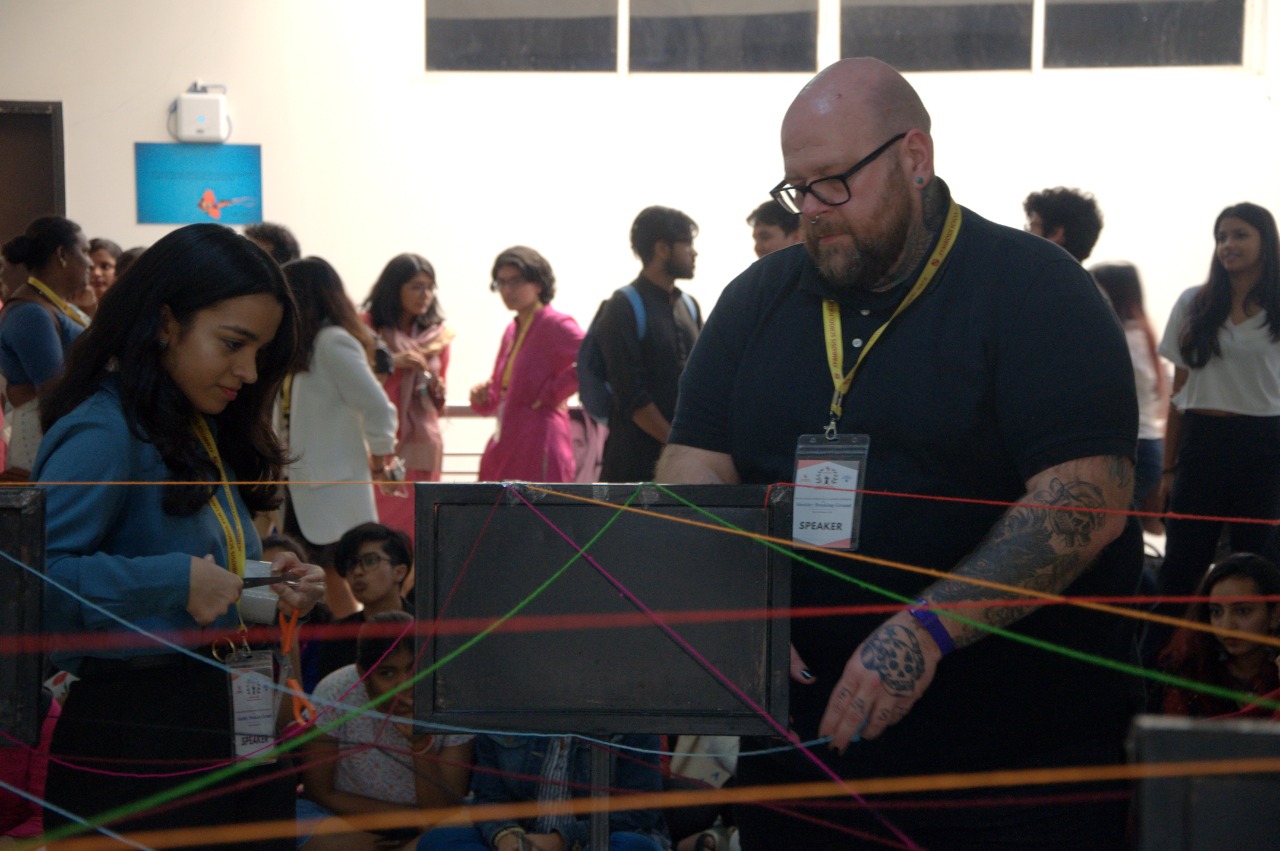 All students seeking admission to SSLA must appear for the SET (Symbiosis Entrance Test). For students who submit their SAT scores also, their SAT score will replace their SET score. 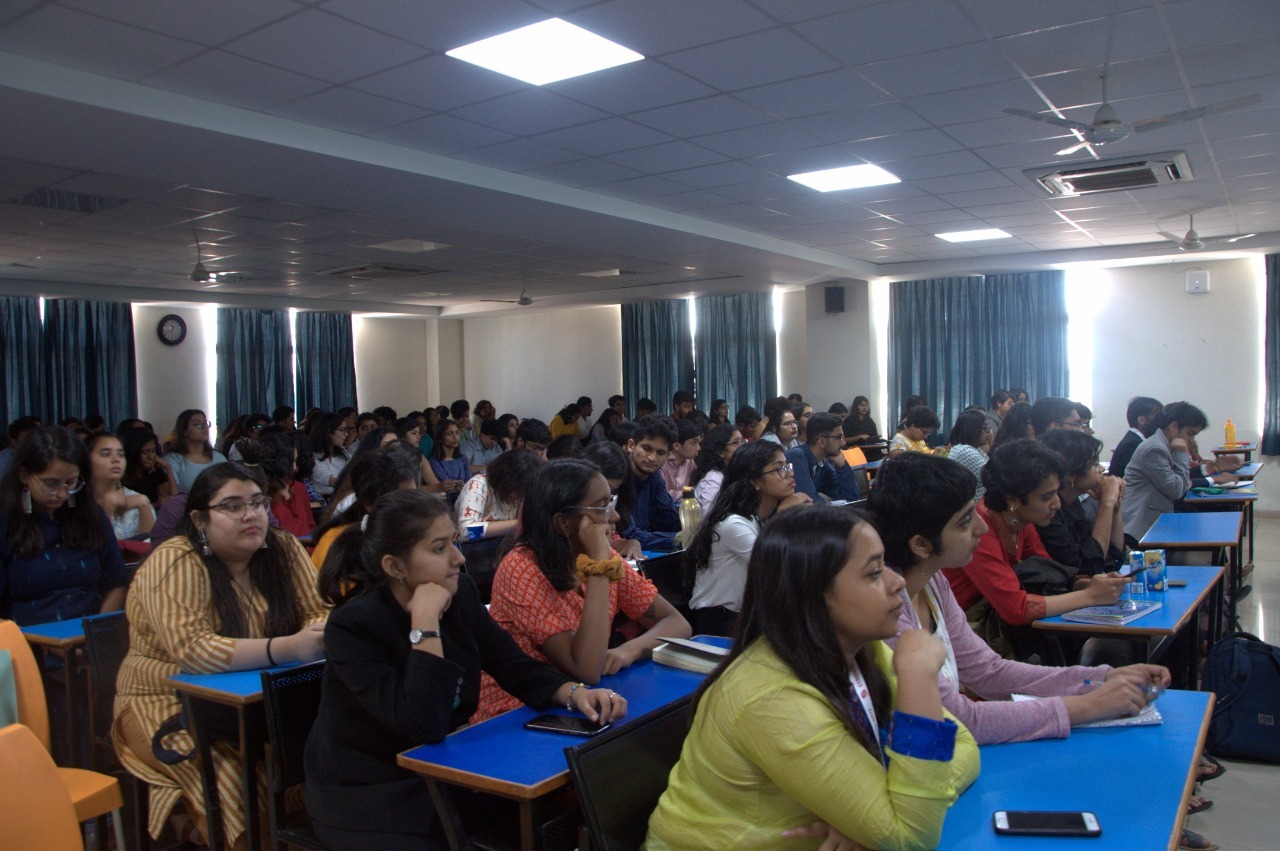 The liberal arts programme at Symbiosis School of Liberal Arts is a holistic programme designed as a combination of multi, inter and transdisciplinary learning focused on transferability of skills, employability and a spirit of enquiry. 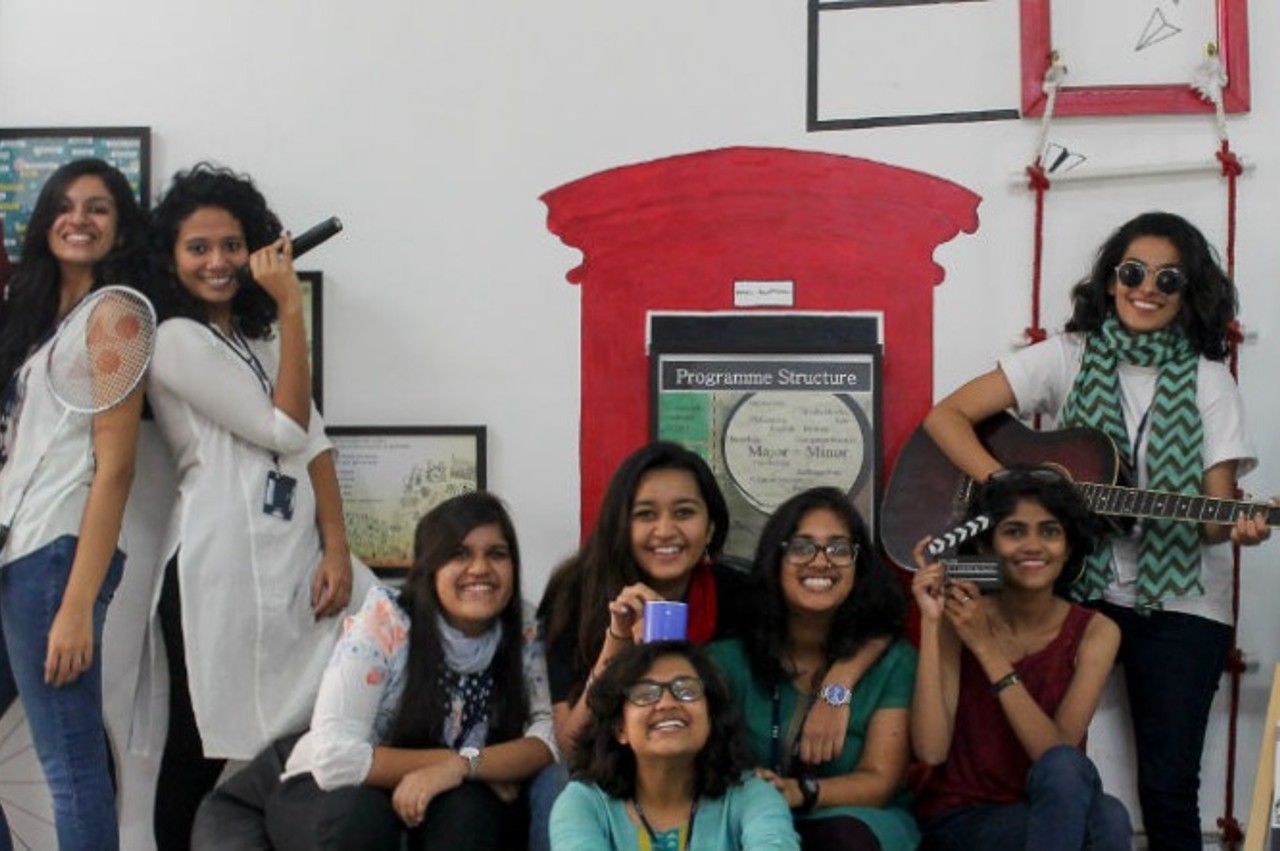 There's so much more to SSLA than academics! 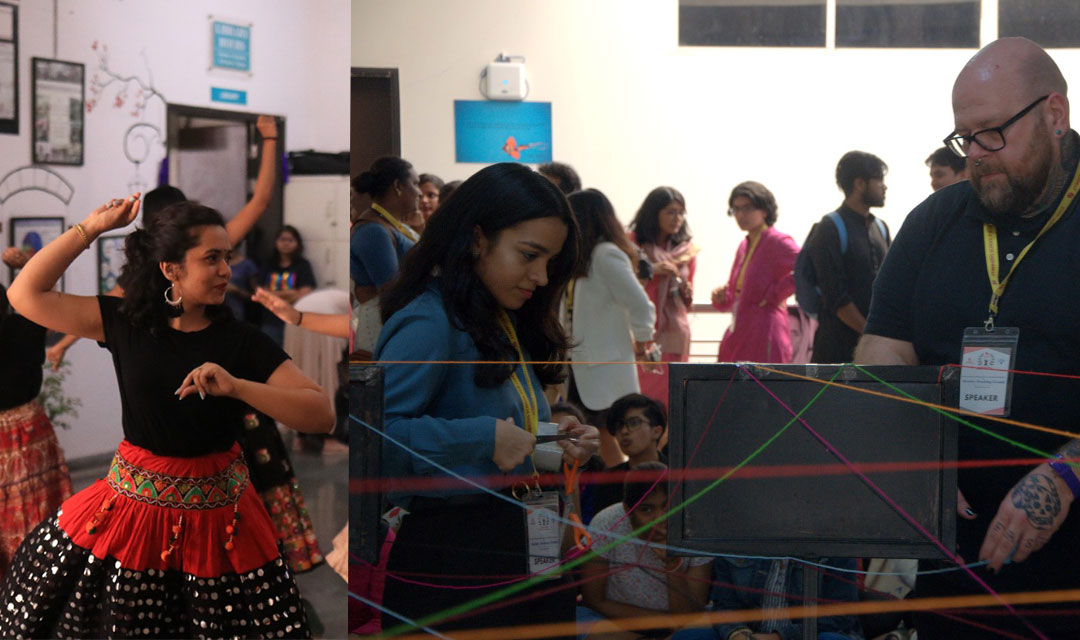 The Evergreen Club met on the 24th September on a saturday evening at the Udaan Biodiversity Park. It was an introductory meet to get to know the new members and also to understand the expectations people had for the club. The club heads, Anvi and Ishwari, wanted to know the members' ideas of what sustainability means, how it affects them personally and how they integrate it into their everyday lives.

These preliminary discussions were held at a biodiversity park since it was an open area and people had the opportunity to move around looking at the various fronds there. Ways to make the club visible, how indulgence can be activated, and what new activities could be were discussed at the meeting. The club also talked about reforms that could be introduced around the SSLA campus and how they can focus on understanding the various aspects concerning ecology and sustainability through conversations as well as initiatives.

The Dance and Comedy Clubs at SSLA recently had their first interaction with introductory meetings with club members. Games like the “Hook-Step Game” and “Open-Mic practices” were enjoyed by those attending.

The basic workings of the clubs were explained to the Batch of 2026 and those joining in for the first time. Introductions of the faculty and students-in-charge were given to students along with reiterating what was showcased during the Batch’26 induction week orientations. Discussions about the future of the clubs and activities took place in abundance and all members received a chance to ideate ways to interact and come together.

Comedy Club talked about their collaborations with Natak Society and Art Club whereas the new batch was introduced to the “Crew” in Dance Club.
Both Clubs brought together a sense of community within the Batch of 2026.

The Karaoke Club held their first meeting on the 23rd of September. The theme of the meet was “The best of the Early 2000’s”. Most of the crowd consisted of the Batch of 2026, but all the batches came together to sing the popular hits of the 2000’s.

Further the club heads and members decided the logistics of the same. Activities, ideas and timings were all talked about during the meeting. The club decided to meet twice a month on Friday’s to further ignite their Karaoke skills.

Events such as Cultural Nights and Theme Nights were discussed. Though a short meeting, the future of the club was discussed at length.

The Symbiosis International University interinstitute basketball tournament was held from 30th September to 3rd October 2022 at the SIU Lavale Campus. The tournament was graciously hosted by the students and faculty at Symbiosis School for Culinary Arts, who also participated in the tournament. Apart from the host institute and our own girls and boys teams, 14 teams played for their respective institutions for the girl’s matches and 23 played for the boys matches. Our girl’s basketball team, consisting of captain Reva Shah, vice-captain Zitin Kaul, Ananya Arakkel, Tushita Negi, Chiranshie Vyas, Anshula Mantena, Arpita Nayak, Atiriya Narayan, Suhana Khan, Kesang Bhutia, Shruti Korde, and Aishwarya Ghule won the silver medal as they ranked second in the entire tournament. The final match was played between our team and the girls team of Symbiosis Law School, Hyderabad. Before that, the semi-final match was played, and won, against Symbiosis Law School, Pune.

Reva Shah, captain of the team, was recognized as the highest scorer for the first two matches of the tournament. These were played against Symbiosis Institute of Design and Symbiosis College of Nursing. The team was also supported by a few students from SSLA who accompanied them to their match to watch and cheer on for their final match (along with SSCA’s resident pet dog). Post the match, students from Symbiosis Institute of Culinary Arts, offered the team yummy treats that they made for them.

The in-house annual production, SSLA presents came up with an exciting announcement this week around. The production house preponed the shows by 10 days. The week earlier saw the entire student body receive an announcement from faculty incharge Suchetana Banerjee, informing that the 2 plays that students and administration has been working on for so long will now be open to the audience on 7th December. Along with that, this morning they also set up a memorial structure, a mandap, essentially for the infamous character featured in the previous production. This mandap is the official and formal announcement of a disintegration from the past productions to the official new beginnings. Along with this, one can catch official posters to the 2 plays, along with fun clues regarding the plot, immensely increasing the excitement and buzz around the production. The call is to mark the calendars and be ‘present’ at the SVC auditorium.

SSLA has been awarded the prestigious Shastri Conference and Lecture Series Grant of the Shastri Indo-Canadian Institute (SICI) to host a lecture series on 'Fostering Undergraduate Research in University Spaces'.

Symbiosis School for Liberal Arts in collaboration with the International Institute of Migration and Development is organising and hosting a track titled 'Modernity, Aspirations, and the Culture of Migration in India' at The Migration Conference 2022, Rabat, Morocco from September 7 - 10, 2022.

A one of its kind 24*7, 4-day, day and night international conference titled, 'Changing the World: Community, Science, and Engagement with Big History' was hosted by IBHA and SSLA, to explore the scientific and human endeavour to incorporate elements from different communities and societies. SSLA is the first Indian institute to be accepted as a member of The Alliance of Asian Liberal Arts Universities. 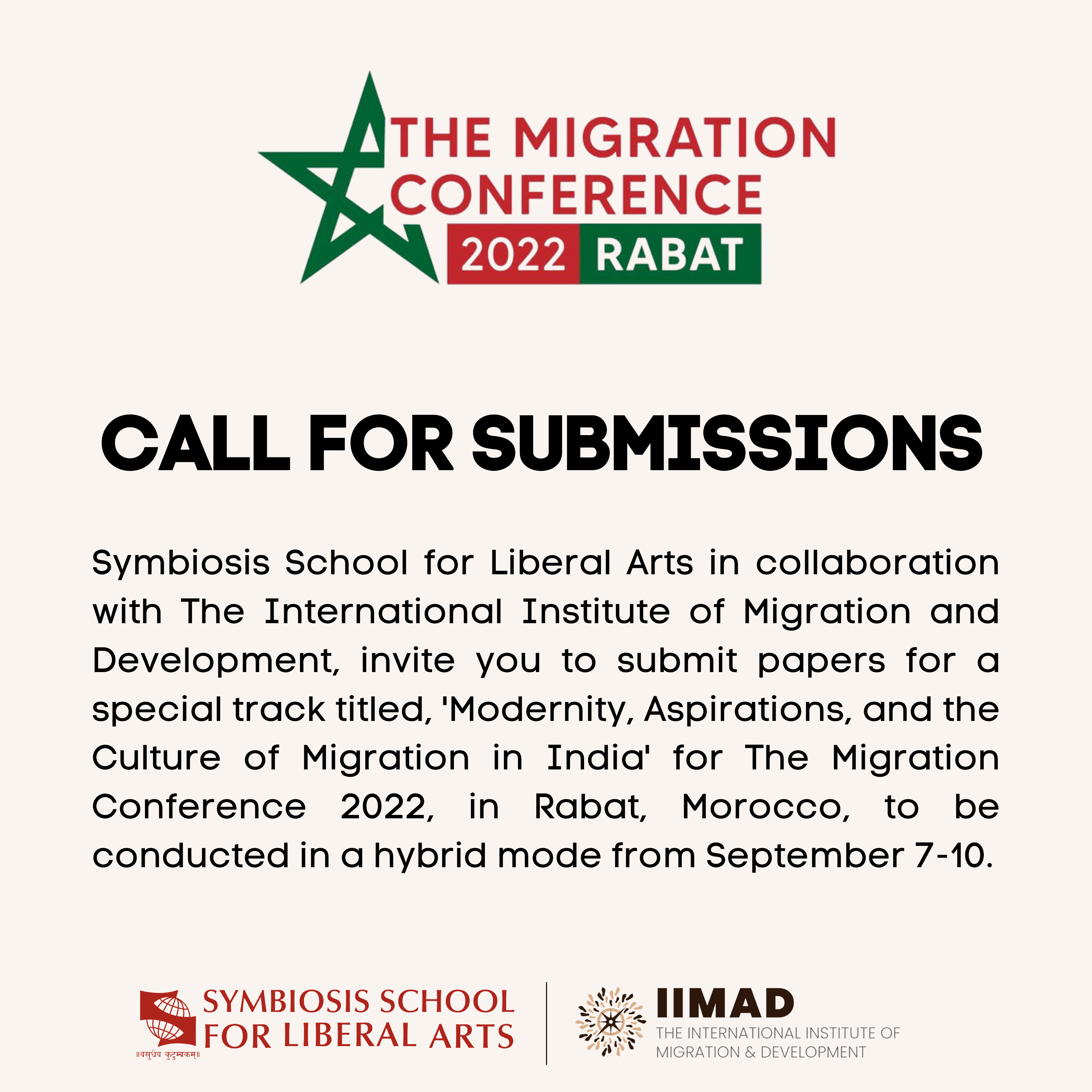 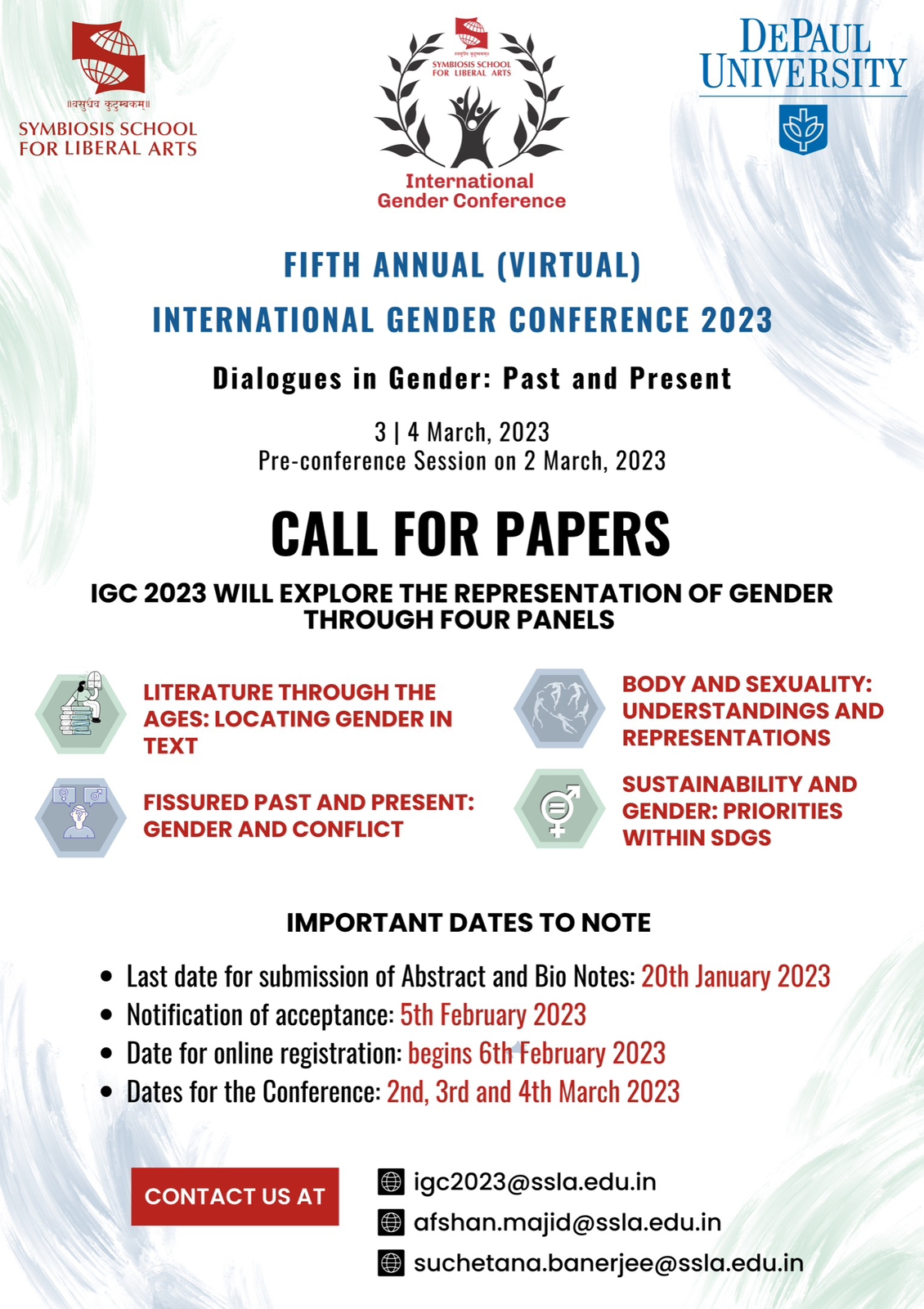 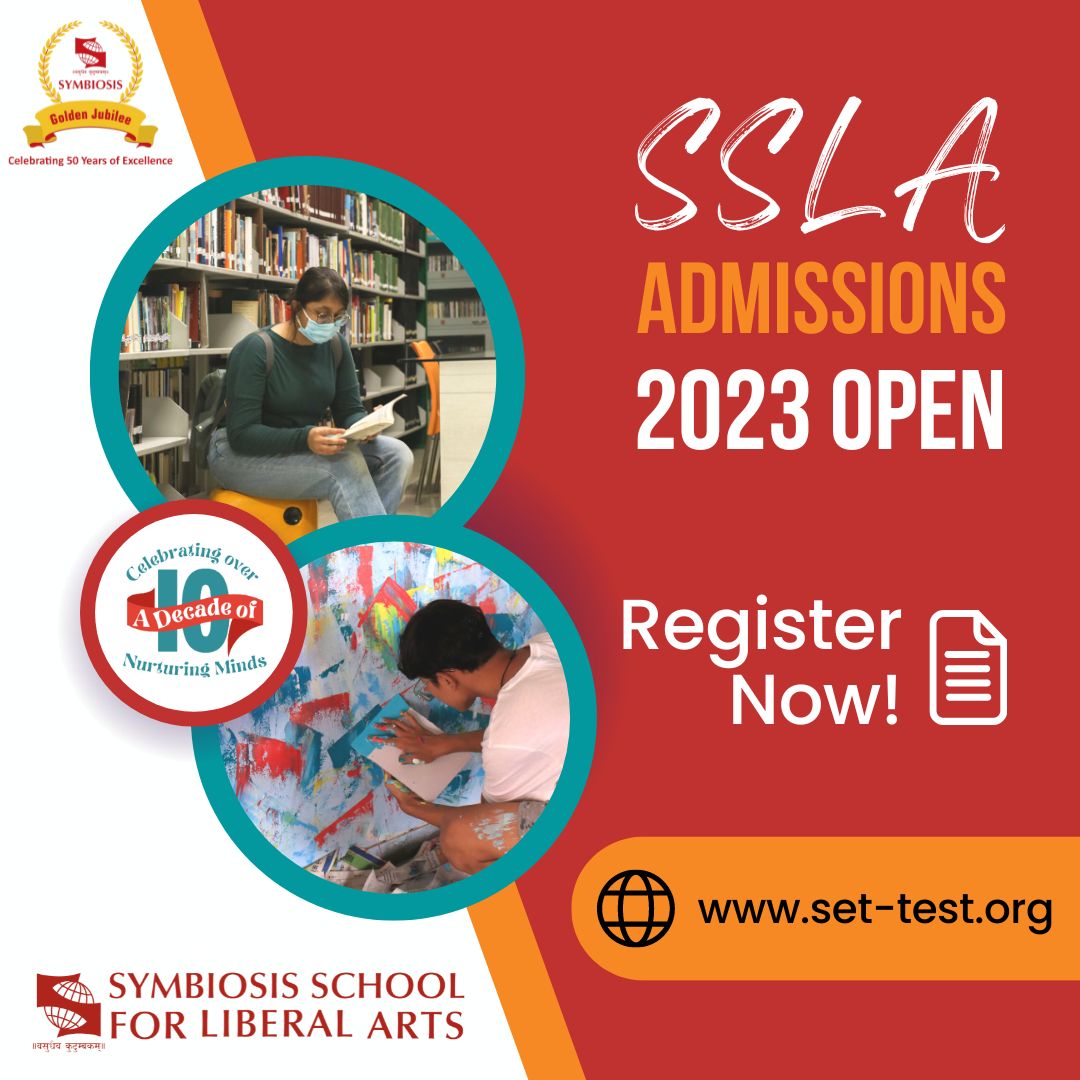