The SSLA basketball team is a group of hardworking individuals who aim at learning a great deal about the sport. The team strives at maximising their baskets in every game they play and learn from their shortcomings. The SSLA basketball team has come a long way since the inception of the team. There has been a significant increase in the number of matches the team has won. The team stands tall and strong even under tough circumstances during a game. The team looks forward to play and win in the upcoming inter-college tournaments. 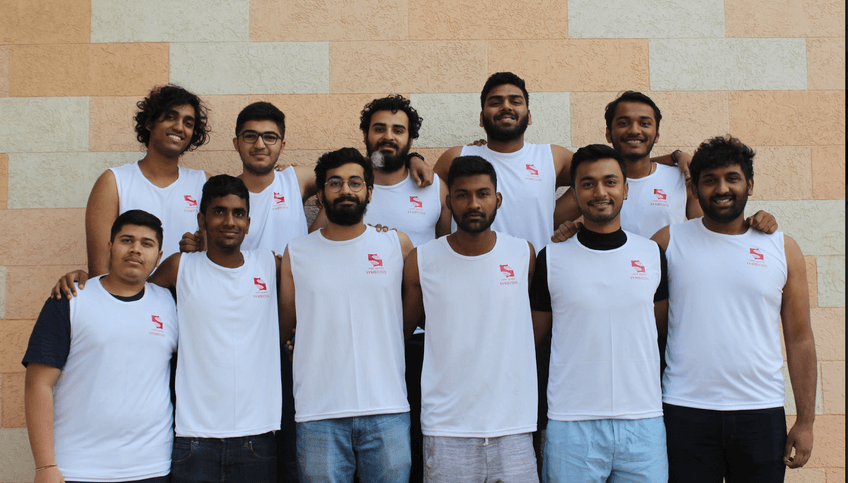 The Basketball Girls Team consists of student athletes who are dedicated to the sport of basketball. They as a team strive to undertake challenges that will help them grow not only as players, but also as individuals. In addition to those who are well versed with the do’s and don’t of this sport, they also welcome those who are not as familiar, but show a great deal of interest and are willing to put in hours on court. Along with teamwork and motivation, they promote respect, consideration and seek to ensure that every player on the team is acknowledged and valued. The team’s biggest achievement till date has been securing first position in the basketball tournament conducted by the Symbiosis International University in 2018. In 2019, they look forward to participating in several competitions and giving it their absolute best shot. 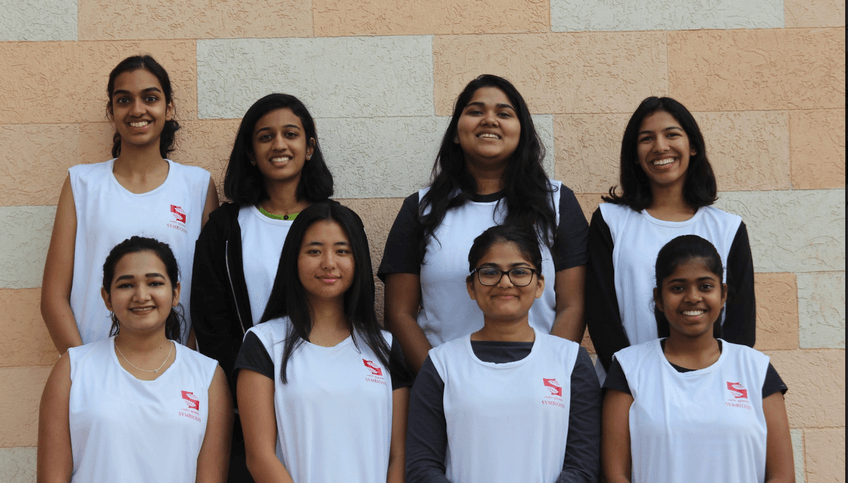 The men’s SI(DU) badminton tournament took place at the recreation centre at the Symbiosis campus, Lavale. SSLA was represented by 4 players. The match format was 3 singles and 2 doubles. The SSLA team faced BBM Pune. Manu Shukla and Lakshit Bhayana (2020) played the first two singles respectively. They lost the sets 1-2. The third single was played by Abhilekh Paul (2020) and Chetan Gollapalli (2018). Their loss came in straight sets. With the score 3-0 out of 5 matches, BBM Hyderabad took the win. 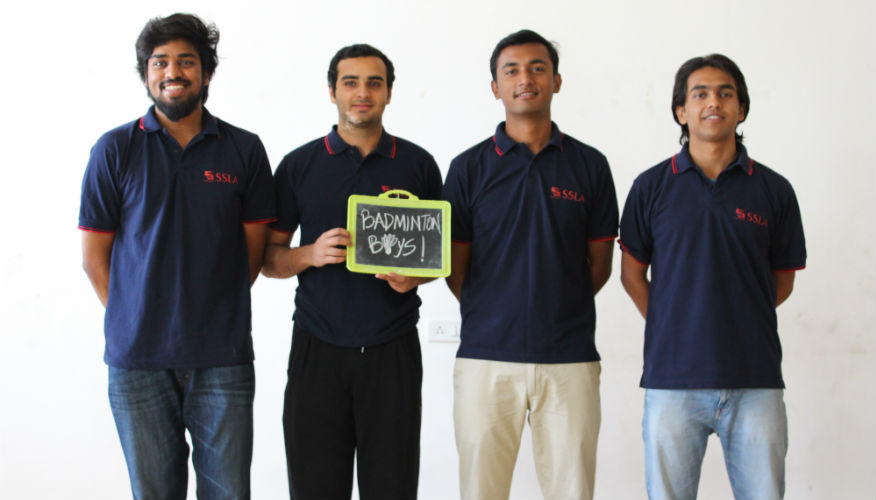 The Women's SI(DU) badminton tournament took place at the recreation centre at the Lavale campus of Symbiosis. The team consisted of 4 players. Despite a strong fight, the Women’s team lost in the elimination round itself. 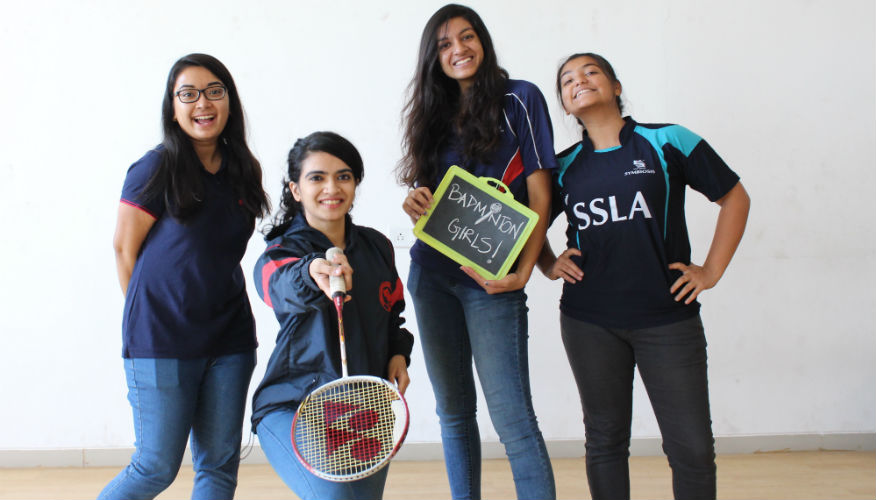 The SSLA men’s cricket team participated in the ‘Nande Premier League’ – a Test series organised by ISBM, Pune, on 20 October. Despite putting up a tough fight, SSLA lost both the matches and was knocked out of the league. The men’s team also participated in the Intern-Institute SIU tournament in November, 2016. The men’s cricket team claimed victory in the first round of the Symbiosis Inter-Institute Cricket Tournament on 22nd and 24th November. Playing against SICSR, the team won by 7 wickets. Manu Shukla (2020) and Vignesh Muthusubramanian (2018) played fabulously, chasing down the competitors through 16.4 overs and taking down 4 wickets each!Although the team did not reach the final round, and in spite of its defeat, each player displayed a roaring spirit to continue playing. We are happy that the team is improving its game, and we hope this is simply the beginning of the team’s promising growth! 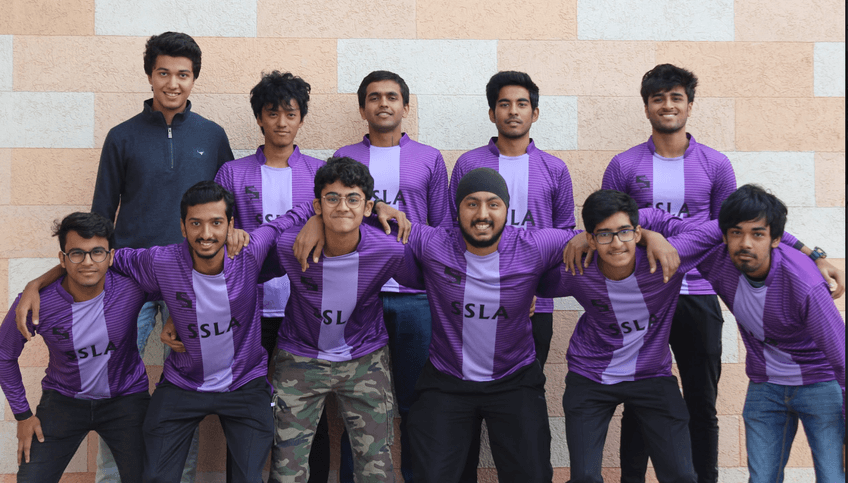 The SSLA Football team showed this year that it is one of best and most successful sports teams of this college. The Boy’s Team put up a courageous performance at the SIU tournament, only to fall victim to an unlucky loss. However, they didn’t let that discourage them. At FLAME Kurukshetra 2017, they put on a fantastic show, pulling together many victories. They were able to mount a title run, making it to the Semi-Finals. The good string of performances didn’t end there. The team also managed to make it to the Semi-Finals of Symbhav 2017.

The Girl’s team also enjoyed its fair share of success, with the team being victorious at the SIU Tournament 2016, improving over its second place finish in the previous year’s final. But that’s not all. The girls went on to grab second place at K.J Somaiya, and then went on to win first place at Symbhav 2017, to the surprise of no one. Over the past year, the SSLA Football teams have proved that they are not to be slept on.

The SSLA football team has grown a lot during the last semester in terms of coordination and skills. The team primarily focuses on fitness as doing so we has shown a great improvement in their game. The team has improved their coordination skills and plays in a more organised manner and has developed an unbreakable defense line.. The team aims to improve their game and go on to winning inter-college tournaments as well as create a strong foundation for football at SSLA. The main focus of the team is performing well in competitions as well as playing for the spirit of the sport. 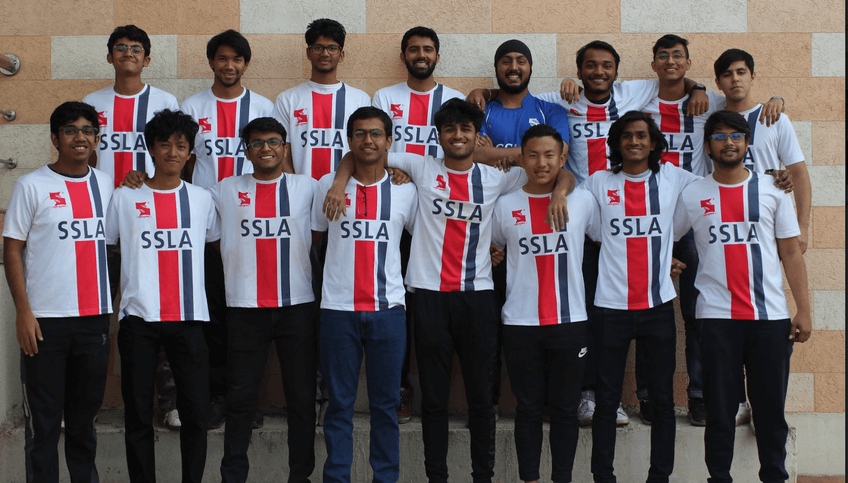 The SSLA Women’s football team were crowned champions in the SIU tournament held in 2016. As finalists in the previous year’s tournament, the women’s team entered at the quarter-final stage. In their first game, they comfortably beat SIMC PG by a margin of 2 goals. In the following semi-final on the 10th of September, they defeated SIT 1-0, in a gritty performance from the whole team. The final which took place on the September 12th was a very close contest that ended level at 0-0 in normal time. The SSLA team triumphed 2-1 on penalties to bring home the trophy. 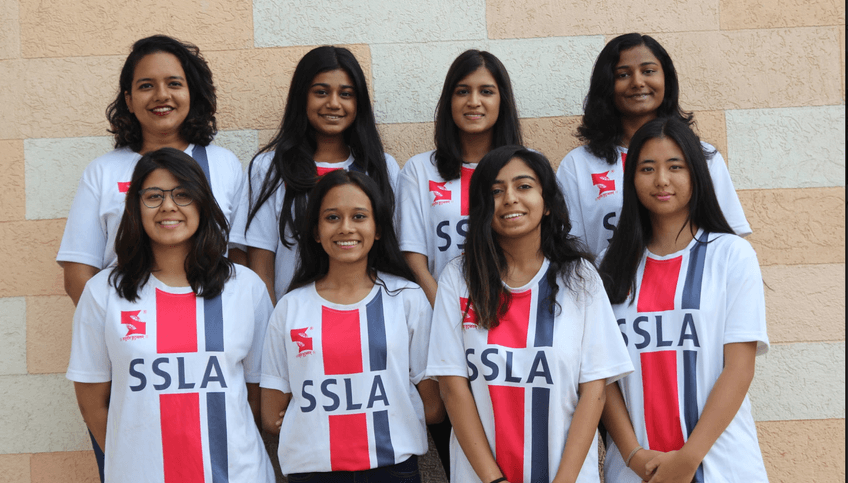 For the first time ever, SSLA participated in the SIU Inter-Institute Squash Tournament in 2016. Mridul Singh represented the college in the Women’s Singles event, and was awarded the 2nd position. . The results for the matches were as follows: 2-0 (SITM), 2-0 (SIMS), 2-0 (SIIB) and 0-2 (SIMS). Despite a striking performance, Mridul lost in the finals against SIMS.

Aryaman Basu (2019) and Suren Rana (2019), took part in the Men’s Singles. Unfortunately, they lost in the 2nd qualifying round. 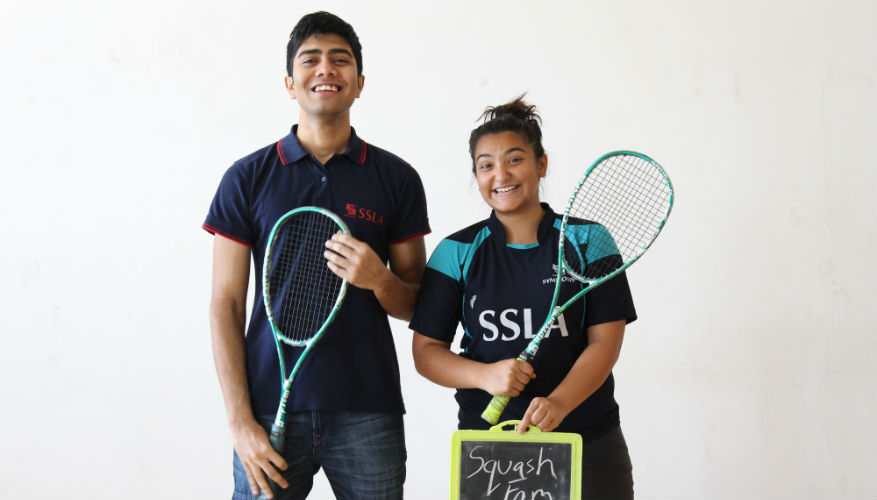 The SSLA Girls Swimming Team has been no stranger to success over the years. In 2015, the girls team were able to bag the 3rd place finish at the SIU Tournament, despite unfavorable odds and very stiff competition. They went on to compete in many more competitions over that year, but was fell short of winning a title. The following year, at the 2016 SIU Inter-Institute Tournament, the girls team improved upon their previous year’s finish by grabbing the second place after an absolutely excellent performance. And over the years, we can definitely expect the team to collect even more accolades.

The Annual SIU Inter Institute Swimming Championship 2016-2017, was held on 17th September at the Symbiosis International University, Lavale. It was organized by the Symbiosis Institute of Culinary Arts. SSLA was represented by a contingent of five. The participant for the men’s category was Damian Maan (2019).

In the Women’s category, Sanika Potnis and Trisha Kapur participated in the 50m Freestyle and the 25m Butterfly events. Trisha Kapur also participated in Freestyle (25m and 100m), Backstroke (25m), Breaststroke (25m and 50m) and the Individual Medley (100m). Simran Panchamia performed exceptionally well in the individual events placing 1st in Freestyle (100m), Backstroke (25m) and Butterfly (25m), 2nd in Backstroke(50m) and 3rd in Freestyle(50m) and Breaststroke(25m). She also participated in the 50m Butterfly event. Apart from this, these three athletes along with Janvi Tiwari (2020), emerged as winners in the 4x25 Freestyle Relay and were placed as the first runners-up in the 4x25 Medley Relay. Thanks to the efforts of these participants, SSLA was declared as the runner-up in the Women’s category for this edition of the tournament. 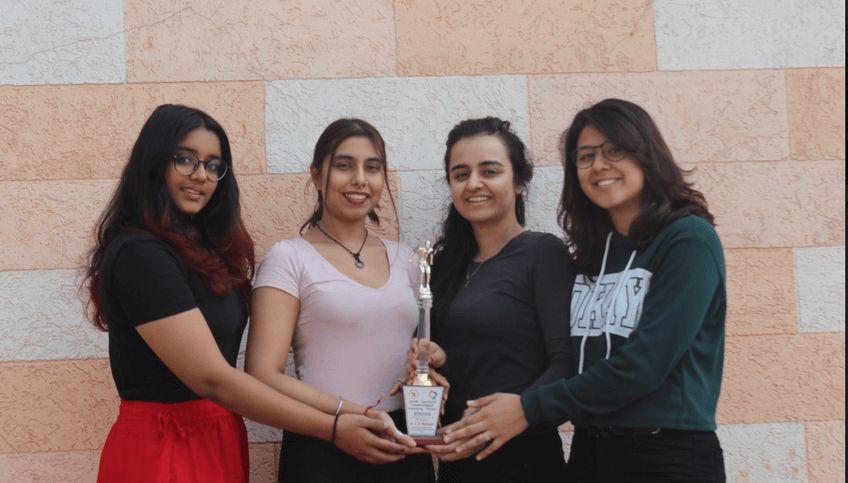 The swimming team with the runners up trophy after their tournament

The MUN club at SSLA is one that promises high quality debate and along with knowledge and understanding of how MUNs work- complete from the participatory process, down to the organization of the same. This club beckons those who are interested in learning about international politics, foreign policy and current events, and the MUN club here strives to effectively solidify these interests into functional skills. Equipped with productive mock sessions to help those who are new to this concept, this club at SSLA is ambitious and driven. Having had a history of winning numerous conferences in the past, the members are now working towards establishing the first ever SSLA MUN!

If you are the one who loves to watch a spat between opinions and debate your own, this will be where you belong.

The Table Tennis team at SSLA, over the past year, has been no stranger to success. The Boy’s team this year several good performances and represented the college at many tournaments. However, due to the the very high level of competition, their valiant efforts weren’t enough.

The Girl’s team shone through much of the year, including the SIU tournament, where our girls did us proud when Anaga Krishna made it to the semi-finals and bagged the third place position on the podium. That’s not where their run of good performances ended. At K.J Somaiya, the girls team once again reached the semi-finals off the back of some excellent performances from team members Anaga Krishna and Divyali Mehrotra. The excellent showings put on by the girls team would put others on notice, and these performances bore fruit when Anaga Krishna won the girls tournament at FLAME Kurukshetra 2017, after a hard fought tournament that saw her emerge victorious. If that is in indicator for things to come, we can all expect plenty of accolades for the SSLA Table Tennis Team.

The SSLA boys team consisting of Raghav Pandey, Manu Shukla, Gourav Aich, Mukund Dhar and Lakshit Bhayana represented SSLA at the SIU table-tennis tournament. Despite an extremely close and well fought match, the boys lost in their first match to SIBM. We are confident that they will fair better in the following years. 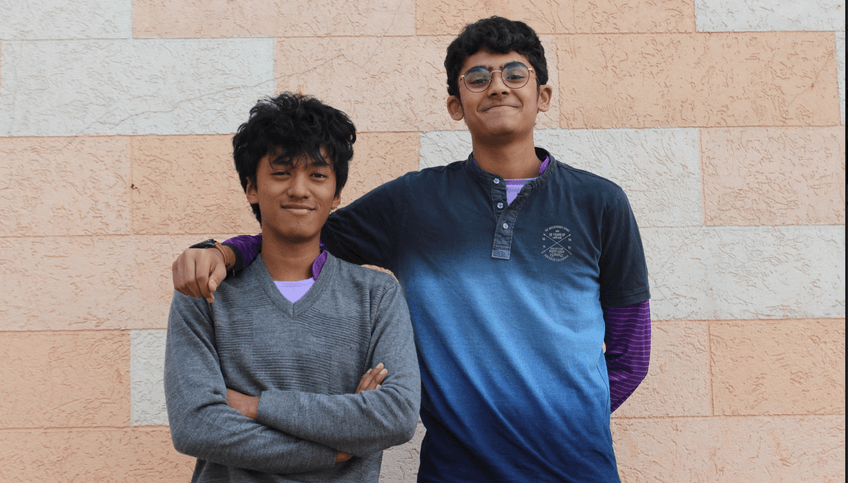 The SSLA Girls Volleyball team was formed in 2016 and kicked off the academic year by winning the SIU Intern-Institute Volleyball Tournament. The team captain Sana Vaidya (Batch 2013-2017) also won the award for the Best Player of the Tournament. Most of the team members were also selected to represent the SIU at University level tournaments.

The match scores were the following: 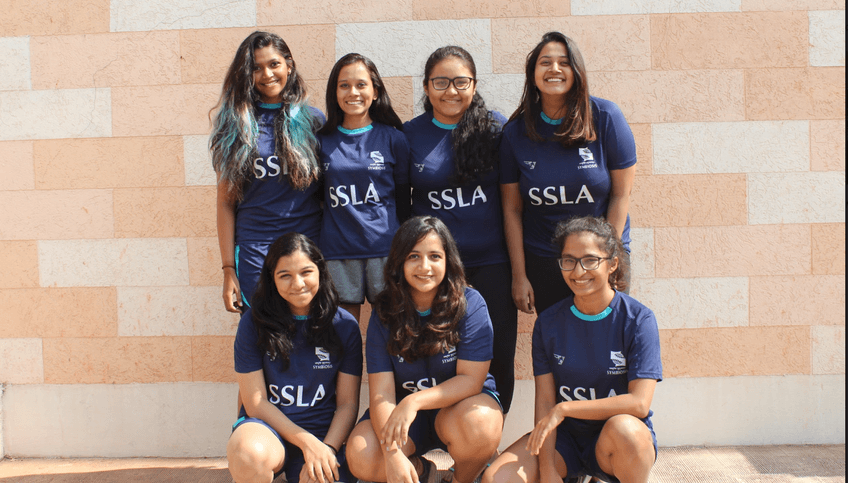 Lights, camera, action! Theatre club is a place for budding actors, drama enthusiasts and those who share a love for the stage. One of the most vibrant communities at SSLA, it’s this club that gives you opportunities ranging from acting to stage production and helps you channel your energy towards the only kind of drama you would need in your life. Here, you get to be a part of team that’s constantly pushing the boundaries when it comes to plays in SSLA, and it’s gaining quick momentum. All the world’s a stage, and here’s your chance to be on the one that SSLA has to offer.